Celebrate being the Irish March Madness by spending enchanted evenings with the Black Brothers Band, who make every day seem like St. Patrick’s Day. Led by the charismatic charmers from Dublin, Shay and Michael Black are the singing siblings from Ireland’s foremost family of song, The Black Family, which also includes their sisters Mary and Frances and brother Martin. Shay and Michael play an exciting mix of Dublin street songs, music hall songs and historical ballads. This year being the centenary of the 1916 Rising in Dublin, they will be adding songs from this era into the mix.

Songs of the Easter Rising:
The Easter Rising, also known as the Easter Rebellion, was an armed insurrection in Dublin during Easter Week, 1916. The Rising was mounted by Irish republicans to end British rule in Ireland and establish an independent Irish Republic. Members of the Irish Volunteers, led by schoolmaster and Irish language activist Patrick Pearse and joined by the smaller Irish Citizen Army of James Connolly, along with 200 members of Cumann na mBan (Women’s Auxiliary), seized key locations in Dublin and proclaimed an Irish Republic. The British Army quickly suppressed the Rising, and most of the leaders were executed following courts-martial, but the Rising succeeded in bringing Republicanism back to the forefront of Irish politics. Two years later Republicans won 73 Irish seats out of 105 in the 1918 General Election to the British Parliament, on a policy of abstentionism and Irish independence. On 21 January 1919 they convened the First Dáil and declared the independence of the Irish Republic.

There are numerous songs from this era commemorating the Rebellion and memorializing the people who took part in it. Songs like "James Connolly" (from the first Black Family album), sad personal stories from the Rebellion like the song "Grace", humorous ditties like "Join the British Army", have been in the family for years. Shay and Michael have a particular fondness for these songs, and haven't sung many of them since their childhood. Singing in close harmony, the brothers draw people in with their energy, wit and superb musicianship. They have a special fondness for chorus songs and love to hear their audience sing.

Singing in close harmony, Michael and Shay draw people in with their energy, wit and superb musicianship. They have a special fondness for chorus songs and love to hear their audience sing. Shay has been teaching song repertoire at The Freight on Monday nights for the past six years.

Shay and Michael grew up in Dublin and both moved to England in the 1970s, eventually settling in San Francisco for Michael and Shay in Berkeley. They’ve recorded one album with their brother Martin as The Black Brothers and three with sisters Mary and Frances as The Black Family. Michael has one self-titled solo album which was produced by guitar virtuoso and fellow Dubliner John Doyle. The Irish Echo, in its review, praised Michael as “a gifted, accomplished, sensitive ballad singer with a discerning taste in songs.” Shay has recorded and toured with the illustrious Stan Hugill, shanty group Stormalong John, Irish band Garva, The California Revels, Shira Kammen, and many other local artists. Last year he released the album Singer’s Request with Celia Ramsay.

The Black Brothers Band also features fiery fiddle virtuoso San Francisco based fiddler Bobbi Nikles, who is an acclaimed force in the Bay Area music scene. With projects ranging from creating the successful music camp Fiddlekids to performing in a wide array of bands and styles, her presence abounds. Her luscious fiddling and driving rhythm add fuel to every performance, and she has also played with Wake the Dead, Melanie O'Reilly’s Aishling and many more. Bobbi has been a contributor to Strings magazine with articles on bowing technique and instrument evaluation. A sought after teacher at camps, workshops and in her private studio, Bobbi's creative and nurturing style naturally incorporates her depth of knowledge and her experience as a teacher for over 30 years.

Rounding out the sound is cellist Myra Joy, who has been with the band for over thirteen years. She began playing cello as a child and holds a degree from San Francisco Conservatory of Music. In 2007, she released an album of original compositions. She is a founding member of Elameno Quintet and Sweet Moments of Confusion. Myra has also collaborated with many musicians and ensembles including Kitka, Hans York, Melanie O'Reilly, Druid Sister's Tree Party, the pickPocket Ensemble, and Hamed Nikpay.

With many Irish musical options in the month of March, don’t miss The Black Brothers Band as they embark on another annual tour of Northern California. Their joy in performing, their love of a good story, and their charm and wit make an evening spent in their company one to savor.

Full list of tour dates can be found on the Gigs page.

Shay and Michael will be teaming up again with sisters, Mary and Frances, along with the singing nieces, Aoife and Roisin O, for Joanie Madden's "Folk'n'Irish Cruise". They will also be joined by virtuoso guitarist, Bill Shanley and accordionist/keyboardist, Kathleen Boyle. More details: www.joaniemaddencruise.com

Shay and Michael are also confirmed with the band for the KMVR Celtic Festival in Grass Valley in September 30th - October 2nd. More details: kvmrcelticfestival.org

Shay has been invited to teach singing at the O'Flaherty's Irish Music Retreat in Midlothian, Texas on October 14-16th. More details: www.oflahertyretreat.org

We have added six live videos to our Videos section from Shay and Michael's session at Studio 55. 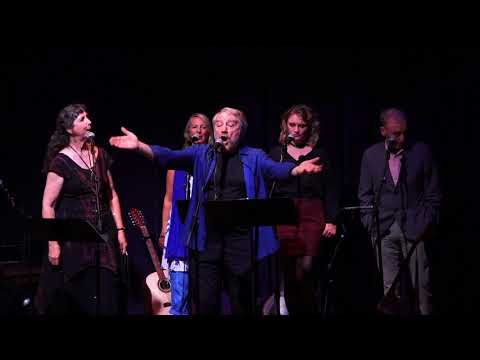 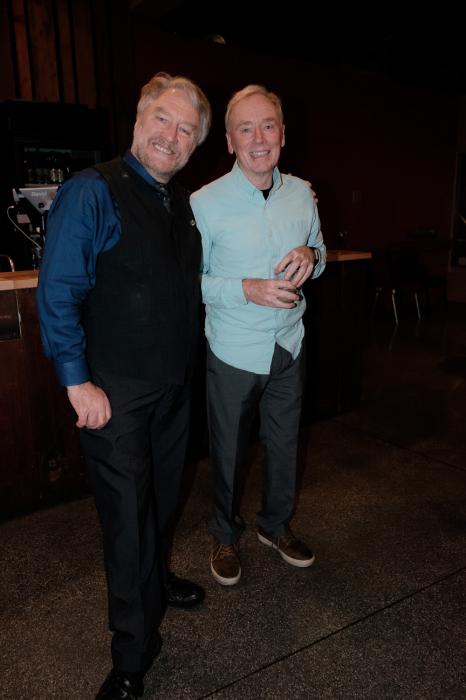